Demons of the Badlands 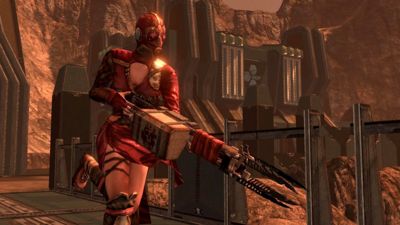 Demons of the Badlands will feature a single-player mission arc that takes place in an entirely new Mars landscape outside of the existing expansive world. The story is a prequel to the events that take place on Tharsis in Red Faction: Guerrilla, set a year before Alec Mason arrives on Mars. And, yes, this means you won’t be playing as Mason! Instead you’ll take control of Samanya as she fights alongside the Marauders against the EDF. There are 3 new missions in this expansion pack. 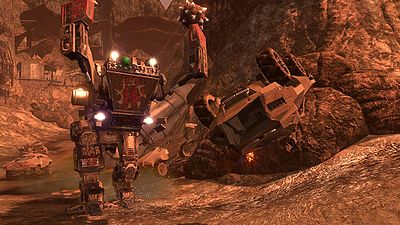 Demons of the Badlands promotional image showing the Punisher; a Marauder version of the AmRuKuo Heavy Walker