What is Dash Faction?

Dash Faction is a free and open source Red Faction game patch designed to fix original game bugs, improve compatibility with modern hardware and software, extend functionality, enhance graphics quality, and improve engine performance. Dash Faction has been in development since 2016 and is the most fully featured Red Faction patch ever released. 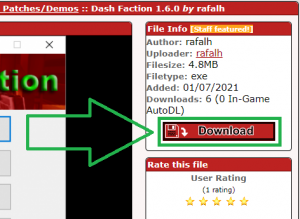 Visit FactionFiles.com to download the latest version of Dash Faction.

Confirm the path to RF.exe is correct. If it's not, click the browse button and locate the correct one 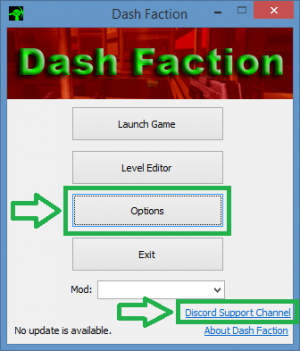