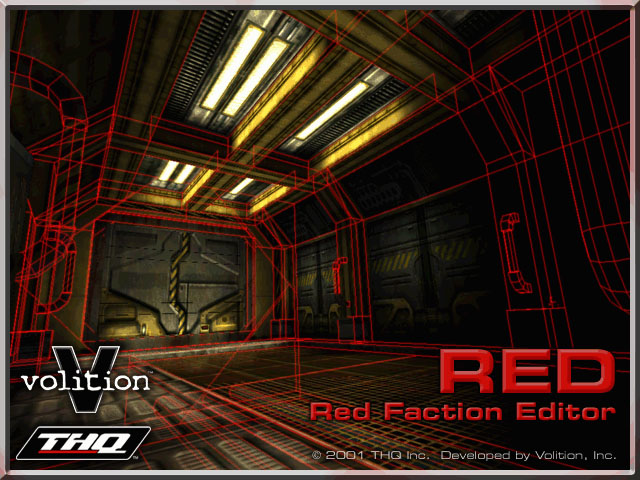 Levels in Red Faction are comprised of BSP brushes and meshes exported from 3D Studio Max 4.2 or 5.0.

NOTE: All RED command-line switches are undocumented by Volition Inc. with the exception of -mod.